Of course I am, like everyone else. Fear is good as long as you have it under control, and don’t let It control you. It helps me stay aware and alert in situations in which I should be. It is a good travel companion.

After being cold for some days in the Grand Canyon of Colorado, accepting Sue`s invitation to have a rest at her place, in the city of Flagstaff was a gift. She is cyclo-traveller who loves to move and to get to know places on her bike. We met in Missoula and from the very first moment, we had a good vibe.

I needed a good rest, to relax and to stop feeling cold for a few days, so the muscles of my whole body which had been tightening in order to keep the heat of the body could relax. Then, I would have time to take a look at the map of Mexico and decide where I would get in from and roughly plan the places I wanted to visit.

Having dinner at Sue´s with her and the French Cyclist family.

They were 5 days of lively discussions, plans and dreams that one day we would like to make real. I was lucky to meet her again.

I could not get a new camera after all, the first part of Mexico, I could not do one of the things that I enjoy most on the tour, that´s it, taking snapshots of places and local people.

I would never expect it but they grow cotton.

The last part of Arizona was different from what I was used to.

Too patriot for something good.

Narrower roads, less bike-friendly traffic, and the feeling that people paid no attention to me at all. The best thing is that I chose a route mostly through “National Forest”, where camping is completely unrestricted and I didn’t have to worry about someone coming and telling me that I could not camp there.

The experience with people was so disappointing that the last night I spent in this beautiful country I decided to sleep under a bridge built to drain the water under roads. I had used them for the first time in Tibet, to protect me from the wind and cold, and it is always a wild card that I have when i want to sleep safe and sound.

In mexico, I chose the western sierra madre. When I see a mountain range I get extremely excited for two reasons. The first one because I love the mountains, and the second one because it tends to be inhabited by honest, quiet and humble people who are always willing to help. On the other hand, they tend to be tough, tougher than the flat área ones, physically and especially mentally. But I am lucky to have learned to motivate and trick my mind a bit when it gets hard.

Up and downs all the time in the sierra Madre.

I got to Mexico through Agua prieta, a small border town i choose on purpose. Because I don´t like borders and the smaller the town, the more relaxed I am.

I allways feel excited when crossing a border.

After Alaska, Canada and the USA without having slept in any hotels because they were too expensive, in Mexico again the price of a room was reasonable so I took three days off in order to rest and to start learning the words they used in their daily life and some slang too. I realized that Mexicans have a nice sense of humor and that I would not be short on laughter on the entire route.

The more I asked, the more doubts and fear I felt.

-By the Sierra Madre? No manches guey! (don´t even think about that) It is a drug-dealers area and they are going to steal everything you have, if you are lucky enough that they don´t kill you!

Answers like those were obtained whenever I asked. I wanted to hear that it was not so dangerous, and to go for it. And finally I got it.

It was usuall to see bullets on the road.

I met a Colombian who came from his country by land to here and stayed. He took me for dinner and he told me how the world of drugs works there.

-Aitor do not worry, they are here for much bigger things than to steal from a tourist who passes by bike. The smuggling of cocaine, opium and marijuana move thousands of dollars daily, and the last thing they want is to put more focus on them for killing a foreigner. You simply cycle during the day, at night they move. In each town, output, input and strategic points in the area they have people controlling who passes. If they ask you, tell them the truth, that you’re a traveller, and tell them what you do. Just don’t ask about subjects like drugs, etc… And above all always sleep where there are people, they know how hard the issue is and they will take care of you.

Yeeeeeeeeeeesssssssssss, that´s what I wanted to hear. Thanks friend.

The fire-fighters allways wellcome me to have a rest.

I was lucky to choose these lands, once I arrived to any village , they welcomed me and gave me a safe and quiet place to camp and they even invited me to their homes to sleep. 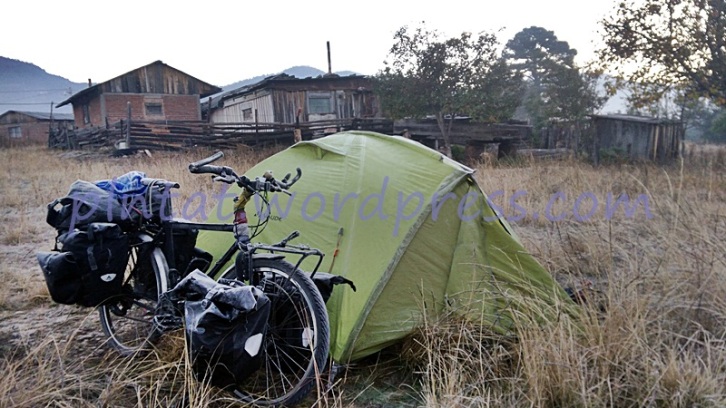 Camping in a small village.

There have been many murders over the years, young people have no future and when they have the opportunity to get into these groups, they work as Hitmen. They kill for nothing in exchange for being part of a group, a gang or brotherhood where they feel important and appreciated for the first time in their life.

Finally, In the barranca del cobre, I had the opportunity and luck of meeting with Hugo and Begoña, two cyclo-travellers from San Sebastian that already have already been on the road for over 5 years.

As the protagonist in the film “Dersu Uzala” says:

A couple that does not have the need to sell themselves, so they don´t exagerate or lie when telling stories that happened to them during the trip. 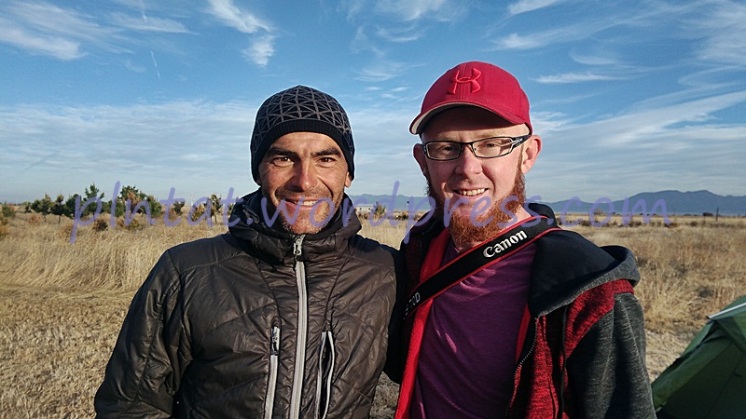 Camping in the yard of a Menonita.

Thank you friends for sharing. 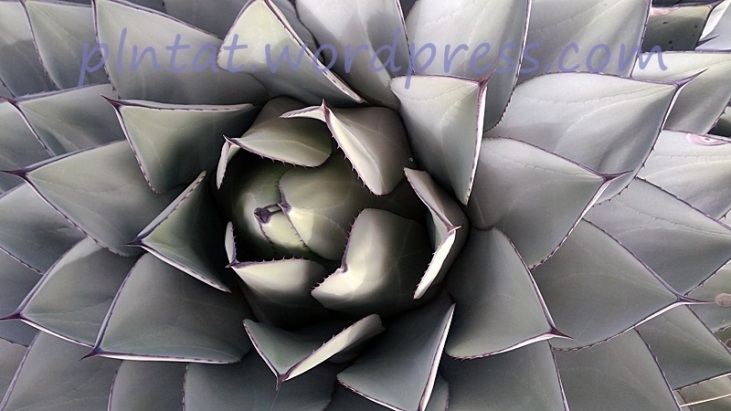 After crossing the sierra, I went through colonial cities like Durango, Zacatecas, Guanajuato, San miguel de Allende. Really beautifull colonial buildings and constructions, where Mexicans gave me the hospitality of this nation and especially their good vibes. 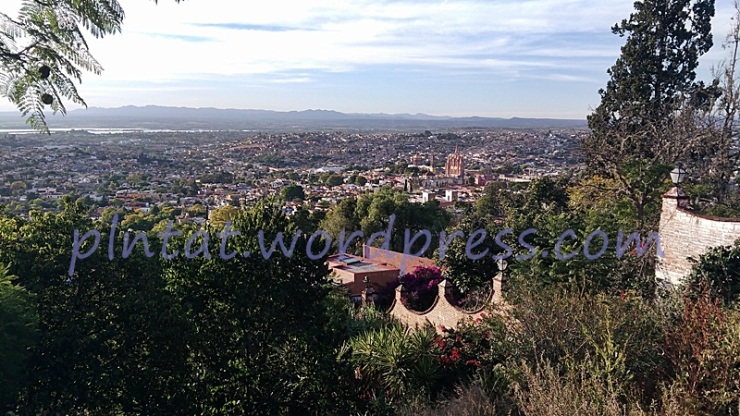 Long ago I had climbing the Citlaltépetl volcano in mind, renamed by the Spaniards as Orizaba with a peak of 5.636 meters high. Being the highest of North America, it was the perfect plan for Christmas.

Without any adaptation I decided to climb it all at once. Finally I took out my climbing boots that i carry for occasions like this of the panniers. I went up cycling to the refuge of the north face at 4200 metres. What an agony, the last hour I suffered more than i had planned to, and once I got there I devoted myself to hydrating and eating. It is said that height removese hunger, but to be honest, in my case i think that it made me even hungrier. I wolfed down a good pot of 400 grs of pasta. And after that i went to bed. 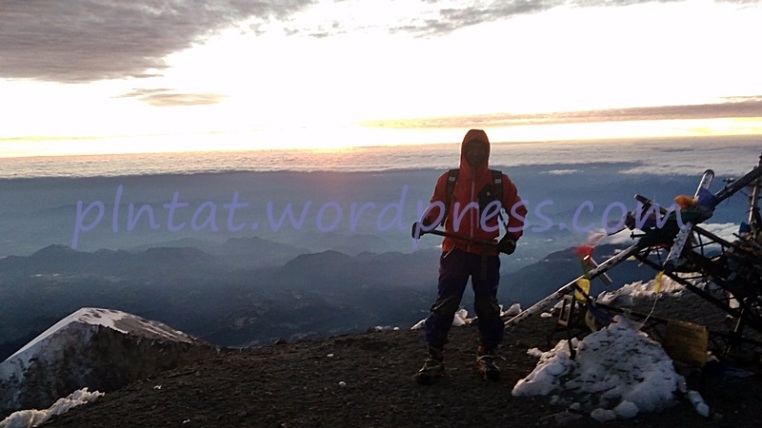 I set off at 1:15 a.m., alone, but with a large Moon that accompanied me the whole climb. Listening to the people and since i was not used to it, I calculated it was going to take me around 6 hours to climb to the top. However, I felt great all the way so amazingly I was on the top by 4:45. It was a fairly strong wind blowing and the wind chill was – 12. I decided to wait almost two hours to watch the Sunrise, and I have to confess that even though I was jumping, screaming, and shivering in order to keep warm, I had never been so cold in all my life. 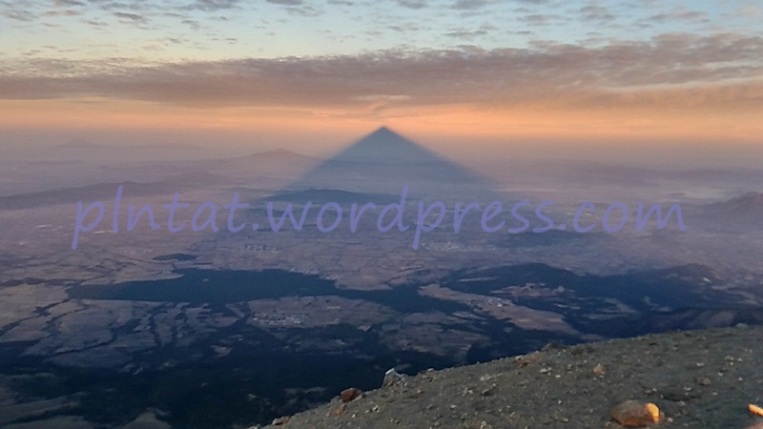 After all that, watching the Sun rise on the horizon is something that I’m not going to try to describe. I again, felt so fortunate to be alive and to be doing what I really enjoy and fullfills me. 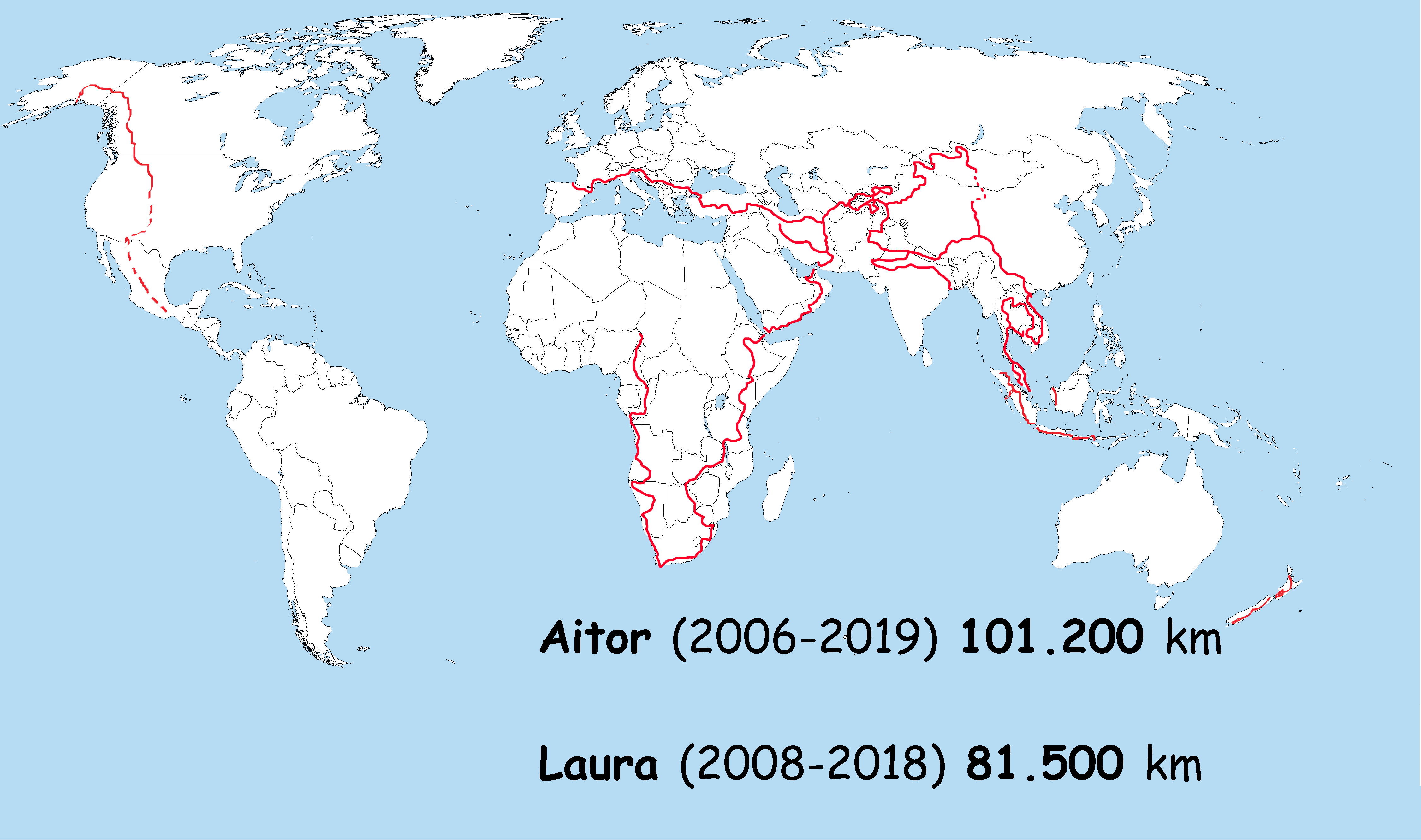