Things are as they are and often, never as you imagined they would be.

We, human beings like to look towards the future and paint it as we like, putting colors and shapes, molding it as who takes a piece of mud and begins to play with it making appear whatever he likes, characters, shapes, animals… but… years ago I realized that, that… to imagine the future, to plan it, rather would have it put in the “drawer of vices” , or in the “entertainment” and not take it seriously.

Itself is not bad, gives you the push to move forward, following with enthusiasm to the conceived plan but… it’s just a game and personally I don´t cling myself to that even for a second, because I know from my own experience that a meeting, an event, a happening… will do at halfway to transform all into what remains unthought , and the unimaginable will make act of presence apart from the original plan, fade in the memory. Finally… just a game.

Both of us looking back to our lives we can say , that reality always finally surpassed our best and most beautiful dreams, hence from this ultimate security is borned this deep and constant sense of gratitude, which even to the apparent disaster we have, knowing that never all is said, that one follows to the other and that will lead us to the other one, that nothing ends up until the last breath and therefore anything can happen at any time.

Thus it happened in New Zealand, the unimaginable made an appearance. Astonished we saw how events were stretching, shrugged, turned and transformed the reality into an unexpected gift, an exquisite opportunity.

The plan was to spend almost four months in this country, cycling the two Islands without being in a rush, as always, giving time and accommodating everything to njoy the road. The parents and sister of Aitor would come in the last 25 days and together we would rent a caravan and tour with them what more we would have liked, and which remained to be discovered. They were eager to come, see how is this “other side of the world”, the antipodas of the Iberian peninsula.

We already told you all about pedaling on the North Island in the previous blog entry, but something was quiet and secret in that writing: it all started with a slight inner feeling of inappetite to pedaling, Aitor was enjoying it as always (taking into account that after the two-month visit to the family both were out of shape (, and the beginings with so heavy bikes are alwaytough) I felt myselfout of place, doing something that… suddenly… Ididn’t want to do.

I discovered myself dreaming, thinking of the momment to have a rest to… write!,!

The push overcome the desire to travel, to learn, to see and did lose the sense to everything that was not sit and continue, Yes ‘continue’: in the Christmas visit to Spain I had finally begun (after many years of saying that “already was going to do”, that…) ” I will do it anytime”) officially to write the book of… well, the first 3 years of journey, from the beginning until the end of Africa.

It was me who decided to start it but… what I didn’t expect is what happened: the process itself took a life of its own and I literally lost the control of it. It was as if the book from another dimension need my hands to materialize and It used me to come to life, Iwas or am not who gives it , it is it who through me appears by itself.

Both, Aitor and I were spectators, witnesses of this sensation appearing, growing in me to take such dimensions that it made us stop and take a decision in this regard, because to keep on cycling in this way totally lacked any sense.

I had to stop and write. And we open up to the possibilities, to look, to be alert to see if there was something or someone…

What was clear is that Aitor would cycle the South Island, but… and I?.

While we were on the South of the North island and already completed everything I wrote in the previous post, we decided to tell to those who had known so far our situation and let them know that we were looking for a place where I could stay, to keep writing. So our history came to the ears of Ron, a wonderful character that made reality what was unthinkable.

He offered me to be without limitation of time at his home on the beach. A place that he only used on weekends and that exceeded every possible expectation: one of the most beautiful and special houses that I never saw. Spaceous, peacefull, overlooking the Ocean on which each afternoon sun set there, every evening. I have spent the last two months and half there, imprisoned in what I felt like a Crystal Palace in which the book day by day took life in secret, silent. Flying back in the time, playing to bring memories, writing what it was… those eyes and those words, the taste of a moment, the sound of silence, a touch of a tear… all together, pain and freedom, suffering and passion, achievement and sadness, farewells and welcomes… everything together coming out of the “bag of memories”. Removing out from it one by one, removing dust, placing them on the table, on the floor… everywhere and with everyone out; see and decide in which to immerse myself to revive it and to share it; What does not fit and had to put back in the bag. And so I have been forming the text aware that one day some eyes will listen, while reading those words my silent voice.

And meanwhile… Aitor took the boat to the South Island, embarking not only in it but at the same time in a new solitary trip; as in the early begining in his trip when in 2006 cycled as a single crewmember of his adventure, India, Southeast Asia, China, Nepal and Tibet (the last one in a clandestine manner).

About the South Island he says marvelous thing.

The best, he says, was when he went out of the asphalt and took paths, bike paths along the island and in which it could roll completely alone without almost any trace of humanity.

Stunning lakes that after receiving the sun lights, thay returned an intense turquoise leaving speechless anyone who look at them..

In particular, says, Lake Pukaki that with Mount Cook in the background was not only a vision, but an experience that will always be recorded in his retinas and in the same soul. It was a wise move deciding to go its eastern shore which no one takes as all head to the West, to the asphalt; the route recommended by travel guides and for this reason, he decided to avoid it. A success, repeated, without any doubt.

Autumn gave him a gift, colors: red, yellow and such a variety of browns painted the landscape, huge mountains, valleys and trees in a spectacular, indescribable way. 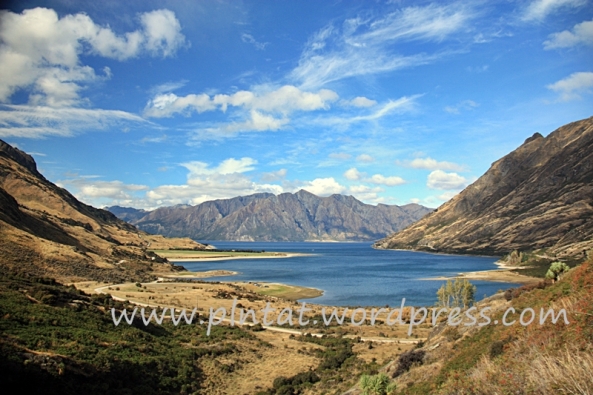 The winter that began to make act of presence made tough to camp; icy evenings and icy mornings were difficult to keep warm but with the rain had so much luck, that nobody believed him when he was that they were only 3 days in a month and a half fell. Lucky Aitor, always.

Traveled already everything he wanted to see, he had a few days extra before his family come; He then decided to make one route, one of 300 kms per track, the “Alp2Ocean trail” that would bring him to the foot of Mount Cook. Butt, at pace, without having to wait for me on the climbs; free, strong and decided again to taste again the difficulty and hardness, exceed limits and give it all in these mountains that after each curve they gave him a new landscape, more spectacular, visions that made him to stop, mute. Embraced the solitude and the world at the same time he enjoyed every second, he explains, as a treasure, as a gift.

He wellcomed his family with a special glow in the eyes that showed the depth of everything he had lived.

They have been 16 days travelling in the caravan, motor home and in family toured the South Island again, 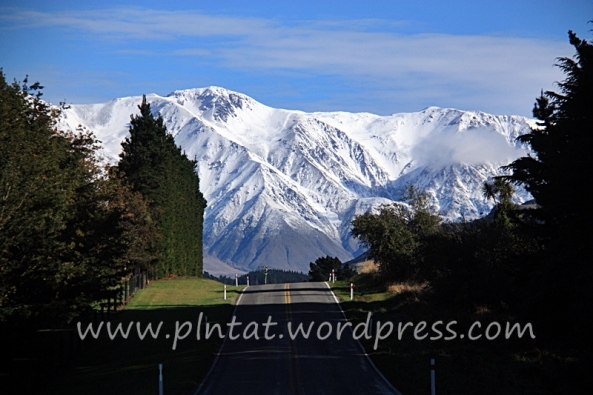 visit somewhere that he missed and sharing with them the discoveries that he had made. After that, and already in the North Island, I joined them and in 6 days all of us arrived to Auckland from where they flew back to home and we, after packing and adjusting the allowed weight; We took an airplane on which we have crossed the entire Pacific, between sleep and sleep, and with a deep pain of ass and neck at the same time, descending finally the aircraft in our final destination… Alaska!! even we can’t believe it and we have to repeat it…